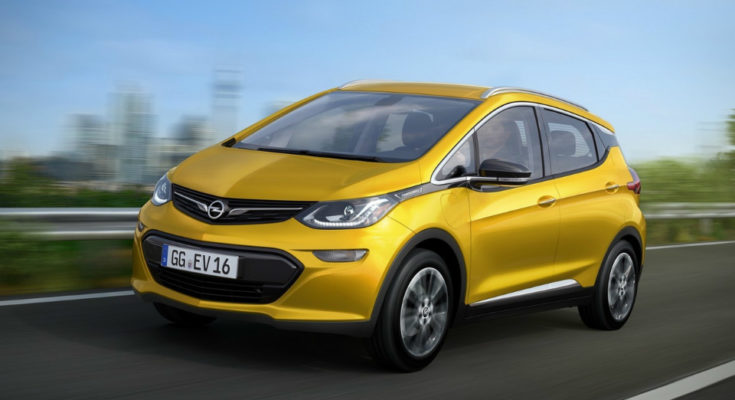 Opel revealed details of its electric model Ampera-e, whose official photos were published earlier this year. The premiere of the hatchback in front of the audience will take place at the Paris Motor Show, starting at the end of September.

Opel sets Ampera as a “revolutionary electric car”, although it is not a whole new model, and to a great extent repeats the Chevrolet Bolt, which was shown at the Detroit Auto Show in January this year. It is known that the Ampera-e’s powertrain develops a power of 204 hp. and 360 Nm, allowing acceleration from 0 to 50 km/h in 3.2 seconds and developing a top speed of 150 km/h.

So far, there is no indication of a switchover with a single charge for the German manufacturer’s electric vehicle but it is expected to be identical to that of the Chevrolet Bolt – about 320 km/h. For comparison, Europe’s best-selling electric car – Nissan Leaf – has a mileage of 250 km.

It is also known that Ampera will receive the company’s multimedia Opel – IntelliLink with support for Android Auto and Apple CarPlay as well as the Opel OnStar service.