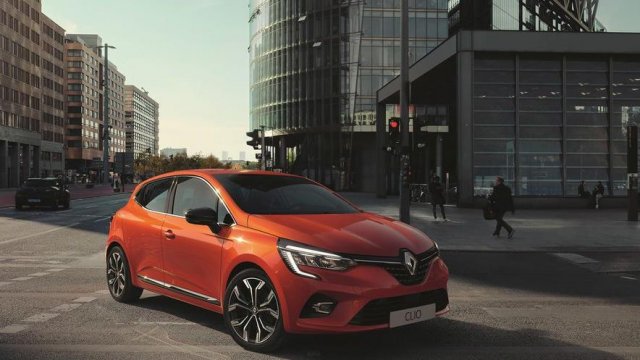 Renault has officially introduced the fifth-generation of the hatchback Clio. The model went on a new platform, became more spacious and received a digital instrument panel with a large vertical screen on the multimedia system. Renault Clio’s dimensions are 4048 mm long, 1798 mm wide and 1440 mm high. The volume of the trunk is increased from 300 to 391 liters, and the car has niches with a total volume of 26 liters for different items.

Renault claims that despite the similar design with the old generation, the new Clio has a completely different bodywork. The coefficient of aerodynamic drag is 0.64, which is one of the best indicators in this class.

The model will be available with a choice of 8 saloon layouts and 8 light colors, as well as a multimedia system with a 9.3-inch screen and a 10-inch electronic instrument panel (this is for top-level equipment for the rest is 7-inch). There will also be a cordless charging system for smartphones.

The sporting GT Line drops out of its way with the RS Line version. It has received more aggressive aerodynamics, 17-inch wheels, and a different interior. The range Initiale Paris includes rich equipment and a leather salon.

The hatchback was built on the modular platform CMF-B, which is the core of the Nissan Juke, as well as the new Dacia Duster, Logan, Sandero. Official engine information is missing but it is expected to come in 1.0 liter petrol engines – atmospheric, developing 65 and 75 hp, and turbo – 100 and 130 hp. There will also be 1.5-liter Diesel engines developing 85 and 115 hp.

In 2020, a hybrid unit will be launched, based on a 90 hp gasoline turbocharger that will support a 40 hp electric motor. The premiere of the model will be at the Geneva Motor Show in March.