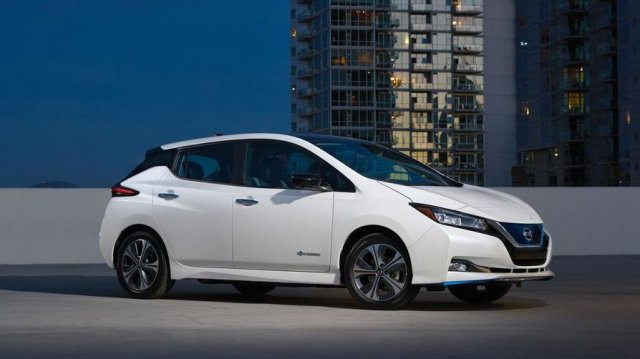 Nissan has finally shown the larger mileage of Leaf’s new generation. It’s called e+, which was supposed to be ready by 2018, but the release delayed because of the arrest of former Japanese boss Carlos Ghosn. The premiere of the electric car took place at the Consumer Electronics Show (CES) in Las Vegas.

The Nissan Leaf e+ differs from the base model with its more powerful engine. The battery has retained its size, but its capacity has increased by 55% – from 40 to 62 kW/h. As a result, the mileage was increased by 40% – from 322 to 458 km according to the Japanese WLTC measurement cycle or from 270 to 385 km according to the new world standard WLTP. When using a 100 kW/h charging station, the Nissan Leaf e+ battery is charged for the same time as the standard Leaf with a 50-kilowatt device.

The appearance of Nissan Leaf e+ differs from the standard model mostly in the front where blue accents appear. All intellectual assistance and safety technology are preserved in the new version, with the e-pedal electronic system being reprogrammed.

A more recent version of Leaf will be available to the brand dealers in Japan this month and will be available in the US in March. Sales in Europe will start in June, as the Leaf is renamed the Leaf 3.ZERO on the Old Continent. The current model has a multimedia system with an up to 8-inch touchscreen and a new online service.

The cost of this model is 39,900 EUR, while Leaf+ will cost a minimum of 45,500 EUR. It will appear in Europe under the name Leaf 3.ZERO e+ Limited Edition and, as it appears from the name, will be available in a limited series. It is expected to be only 5000 units, and possibly after their sale, their number will be increased.