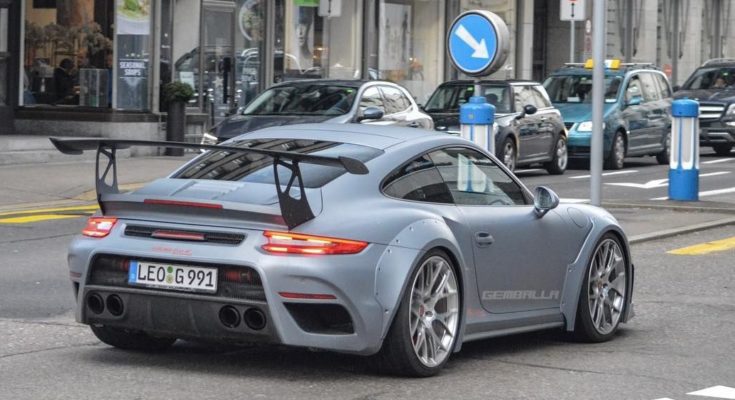 Porsche 911 Turbo is one of the most tuned cars. One of the most tunning companies working on it was Gemballa, which raises 911 to the limit of supercar and also gives it a very aggressive look.

Gemballa GTR 8XX EvoR BiTurbo is their latest project. It is based on the Porsche 911 (991) Turbo and will make its world debut this Friday, January 11th.

Thanks to its 818 hp and the monstrous 1,098 Nm of torque, the Gemballa GTR 8XX EvoR BiTurbo will be able to accelerate from 0 to 100 km/h in just 2.38 seconds. It’s just amazing and almost as good as Veyron Super Sport.