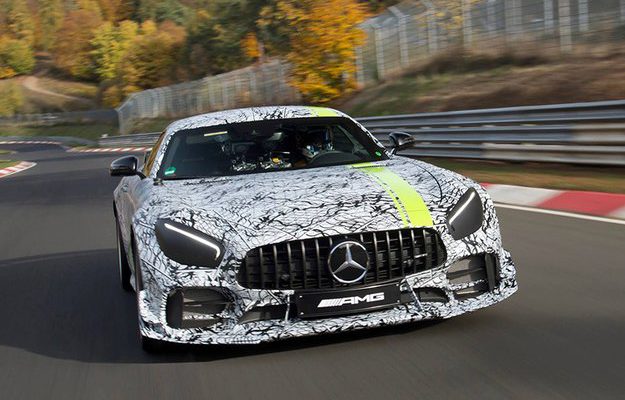 The standard Mercedes-AMG GT R came out in the summer of 2016. The top model in the AMG GT family received aerodynamic improvements and a chassis with a swinging rear axle to later equip the other versions of the model. The sports car has a 4.0-liter V8 twin-engine with a power of 585 hp and 700 Nm of torque.

So far, the German manufacturer has not reported any details about the future PRO version. It was only reported that Mercedes-AMG GT R PRO had technology from racing cars. According to unofficial information, the engine power has been increased by about 50 hp, while the weight is also reduced and the suspension has been re-designed.

Because of the camouflage, changes in appearance are not clearly visible, but the massive front bumper and larger splitter are still visible.

It is known that the Mercedes-AMG GT R PRO will be driven on tracks only, but the vehicle has certification for traffic on public roads. In fact, this version will be available as a standard model for the brand, as Mercedes uses the AMG GT3 and AMG GT4 modifications for racing.