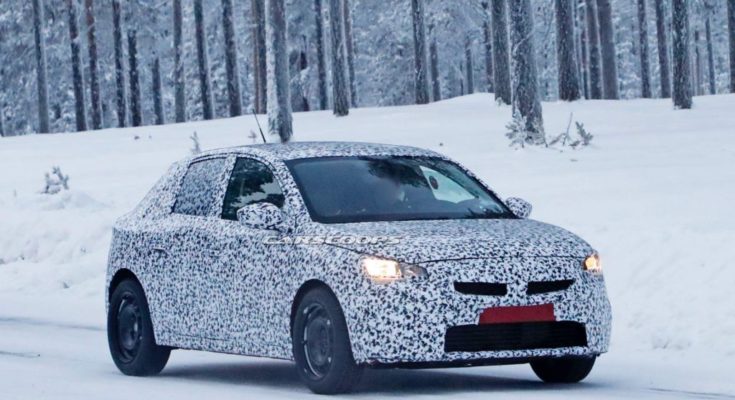 When the French PSA group bought Opel and Vauxhall in 2017, the development of the next generation of Corsa was almost complete. However, as the original Corsa project was based on GM’s platform, PSA had to cancel it and develop an entirely new version of the same CMP architecture as the next-generation Peugeot 208.

So far, Opel and Vauxhall have done a good job of hiding the prototypes of the Corsa F, but one of them was captured in winter tests.

As the pictures can show, the Opel Corsa 2020 will not be a modified version of the upcoming Peugeot 208, although there are some similarities when it comes to proportions. However, Opel and Vauxhall fans can calm down because Corsa seems to carry some of the brand’s design lines, although it’s entirely new. It was time because the current model is nothing more than a Corsa D facelift launched in 2006.

The camouflage in the passenger compartment works well, concealing the key design details of the new model, but we can clearly see that it has more dynamic proportions than the current model thanks to the slightly wider and lower body as well as the rear glass window. The prototype is in a five-door configuration. Currently, the 3-door version is not yet confirmed.

The hatchback will obviously have the same engines as the Peugeot 208, including turbocharged 3- and 4-cylinder Puretech gasoline engines. There is no information about diesel engines, but given the current trends in the automotive industry, we would not be surprised if the new Opel avoided them. Especially after it became clear that there would be an electric version.

Opel is expected to show the new Corsa at the Frankfurt Motor Show in September, with sales likely to begin in Europe in December 2019. The electric model must go on sale in the middle of 2020.