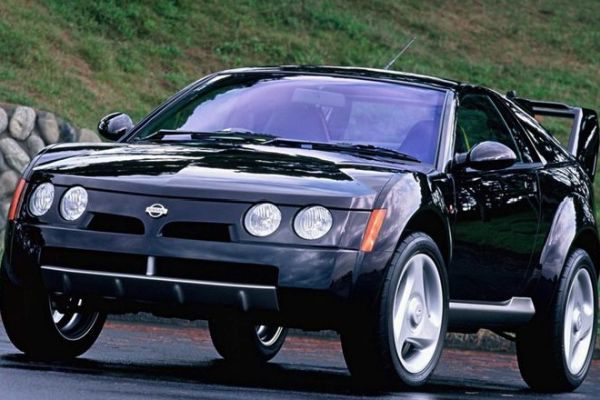 The BMW X6 was not the first coupe crossover ever. Although this car was able to create a whole new class, the original idea of ​​such a car was not at all.

In 1997, the revolutionary Nissan Trail Runner appeared at the Tokyo International Motor Show. This was the first attempt to cross a sports coupe with the high crossover patency. This brave prototype has been a response to the search for new, non-trivial solutions in a rapidly changing world like never before. As early as the end of the century, many in the automotive industry predicted increased popularity of coupe crossover cars.

The Japanese car company Nissan was the first to offer a sporty coupe to get the unusual features.

The 185 hp sports coupe was equipped with a four-wheel drive and high-clearance suspension. It seems very suitable for the Dakar Rally. There were two spoilers in the rear and the spare tire was hidden in the rear bumper.

Ten years later, the strange BMW X6 appeared, which for some reason the Germans decided to position it as a dynamic cross-coupe. In fact, it was a cumbersome SUV with five doors. And even after more than twenty years, Nissan has never shown the serial incarnation of its bold idea.