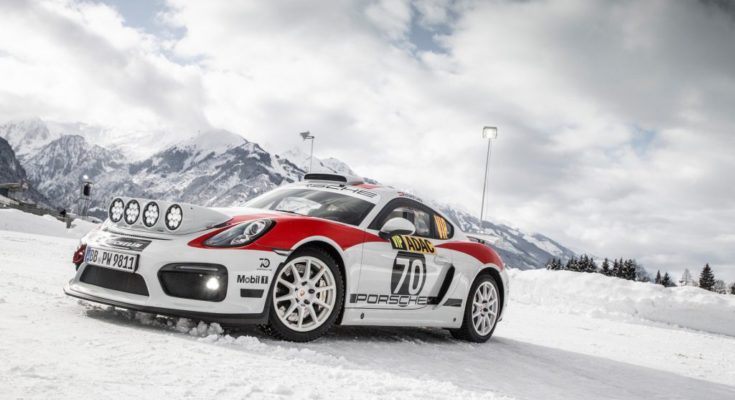 In August, Porsche introduced its Cayman GT4 Rallye concept and hinted that it could start production if the company succeeds in getting 100 orders.

Porsche did not say much about the upcoming model, but the 718 Cayman GT4 Clubsport has a more powerful 3.8-liter 6-cylinder engine that develops 419 hp and 425 Nm of torque. It is connected to a 6-speed PDK transmission that has a double-clutch amplifier and an electronic control unit designed for racing.

The new Porsche 718 Cayman GT4 Clubsport is also the first racing car to use components made of natural fiber composite material. Produced mainly from agricultural products, the natural fiber material has similar weight and strength properties to carbon fiber.

Returning to the Cayman GT4 Rallye, Porsche said that much of their decision to approve the production model was due to the positive feedback received from teams, pilots, race organizers, and fans during the 2018 Rallye Deutschland.

The production model is designed to meet the FIA ​R-GT regulations and Porsche said we can expect the 718 Cayman GT4 Rally to be ready for the 2020 season.