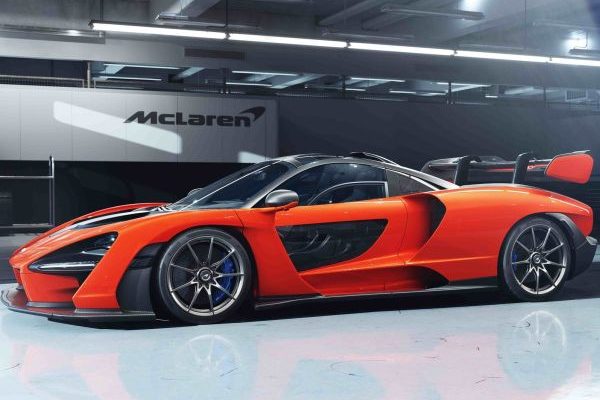 British car manufacturer McLaren Automotive officially unveiled the brand’s most extreme car that has certification for traffic on public roads. The coupe is called McLaren Senna, named after the legendary Formula One pilot – Ayrton Senna. So far, the model has been known as P15. Although it can be used on the road, the machine is primarily designed for track racing. The company has announced that this car has no analogue and represents the DNA of McLaren Automotive.

“Every element of this machine is designed to achieve uncompromising performance to ensure maximum connectivity between the driver and the car itself. The car has gathered the best of our company, “the British manufacturer said.

McLaren Senna’s ultra-lightweight carbon fiber frame is a sequel to the platform used for the McLaren 720S. The car body is also made of carbon fiber, making the weight of the car weighting 1198 kg. So it is the lightest McLaren in the history of the brand.

The cabriolet has received many unique active aerodynamic solutions from the latest generation, which aim to increase the compressive force to an “unprecedented level”. In addition, the vehicle has an upgraded drive unit.

The McLaren Senna is equipped with a 4.0-liter V8 twin-turbo which is located behind the driver and works in combination with a 7-speed automatic transmission with 2 clutches. The power of the engine is 800 hp. and 800 Nm of torque. The drive is on the four wheels.

Official data on the dynamics of the passenger compartment is not reported but is expected to accelerate from 0 to 100 km/h in 2.5 seconds and to develop over 320 km/h. The cabin has a new version of the P1 suspension with hydraulic adaptive shock absorbers and RaceActive Chassis Control II (RCC II). The driver has 4 modes of movement – Comfort, Sport, Track and Race, whose activation changes the performance of the units. In addition, the McLaren Senna has the most advanced braking system ever used by the company.

The official premiere of the passenger compartment will take place in March next year at the Geneva Motor Show. Only 500 units that are already sold will be released from the model. McLaren Senna’s UK price is 750,000 pounds, and for the US one million dollars.