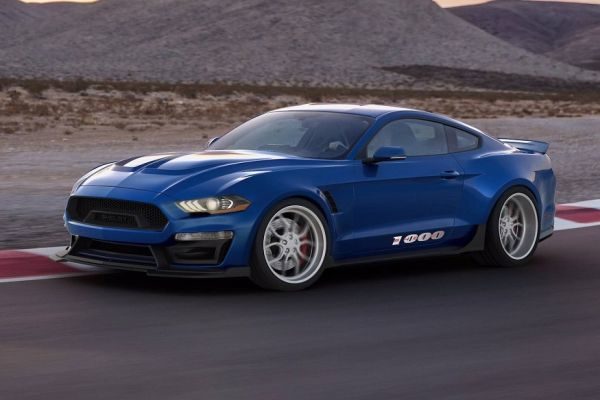 American company Shelby presented a new version of Ford Mustang, equipped with a 1000 hp engine, at the SEMA tuning festival in Las Vegas. This car will appear in series production.

The supercar is built on the standard Mustang GT coupé, but the 5.0-liter V8 engine is replaced by a 5.2-liter Shelby GT350. The engine has received a Whipple mechanical compressor as well as an upgraded mechanical gearbox.

So far, the dynamic features of the machine are not reported, but it is known that it is primarily designed for track racing. The aerodynamics of this Mustang have been improved, including a new bonnet, front air intakes and a rear diffuser. The car has received further adjustable Brembo shock absorbers and braking mechanisms.

Serial production started in the first quarter of 2018, with Ford Mustang Shelby planning to reach 50 units per year. Prices start at 169,995 USD, not including the standard Mustang GT, which is 33,195 USD. This means that the minimum amount the customer will pay for the car will exceed 200,000 USD.