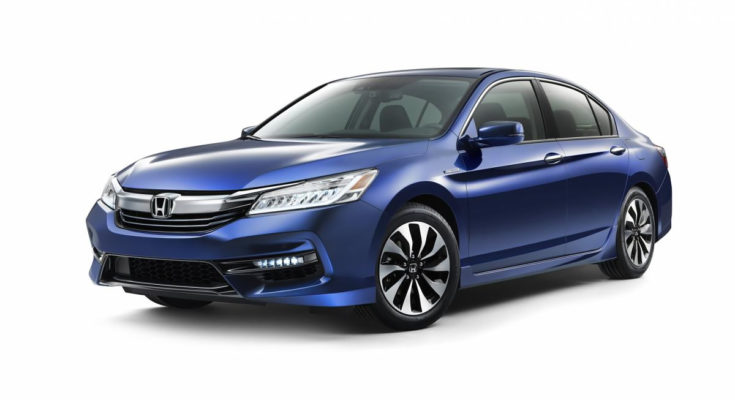 Last year, Honda renewed the Accord family, but it did not get a hybrid modification. Now the Japanese company corrected this pass and showed the Accord Hybrid 2017 version.

As a design and additional features, the hybrid version is no different from the internal combustion engine. However, it is equipped with a next-generation power unit whose efficiency is superior to that of the model before the facelift.

At the base of the unit is a 2.0-liter 4-cylinder gasoline engine running on the Atkinson cycle, which is combined with an electric motor. The total power of the system is 212 hp, and the driver has three modes of control.

The first is only electricity, but the range is quite modest and the speed is low. In the Hybrid Drive mode, the internal combustion engine is turned on but acts only as a power source for the electric motor. When moving to the Engine Drive, both motors operate.

According to a Honda representative, the fuel consumption is 4.9 l / 100 km, with the Accord Hybrid 2017 surpassing its main competitors – Ford Fusion Hybrid and Toyota Camry Hybrid.

Sales of the hybrid modification will start in May, hoping to reach a volume of 28,000 units per year. The Honda also plans to run a hybrid with the possibility of recharging from the mains, but it will be offered as a different model rather than the Accord.