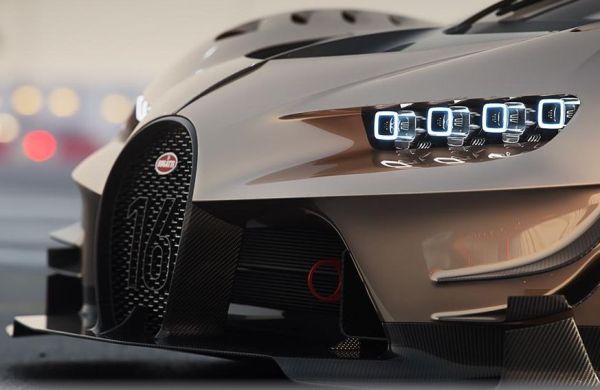 Bugatti will present at the next exhibition in Geneva, which will take place in March 2019, a new extreme version of its Chiron supercar. For her, the leadership of the French producer was implied during the premiere of Bugatti Divo.

This will be the Super Sport modification, which is described as a “land-to-ground” class-controlled rocket. The supercar will be equipped with the same 8.0-liter W16 engine, but its power will be increased. This version of Chiron will be released in a series of 40 pieces.

According to the latest information, besides another Chiron in the range of the brand can also appear crossover. The Bugatti manual looks at several options for future models, and at the moment the crossover seems to be the most logical step in the company.

The latest Bugatti – Divo model was introduced at the end of August. The supercar received an 8.0-liter W16 with a 4-turbocharger that developed 1500 hp. and 1600 Nm. The dynamic characteristics of the car are not mentioned, but with this engine Bugatti Chiron accelerates from 0 to 100 km / h in 2.4 seconds.

The Bugatti Divo will be 40 units that have already been sold. The minimum price for each of them is 5 million EUR.