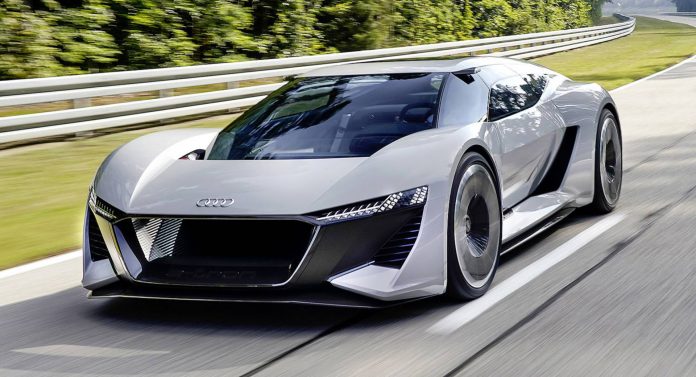 Audi released the all-new E-tron today and the company is using the case to present more electric cars.

First of all, the company unveiled a teaser that shows a compact electric crossover. The image is not very clear, but it shows that the concept will have a pronounced grid and large air holes. We can also see the headlights, massive wheels and the tall line of windows.

The concept recreates a production model that is designed to sell even more than E-tron and E-tron GT. The crossover will be based on the MEB platform to be seen in a number of upcoming electric models such as the Volkswagen ID hatchback.

The crossover will be presented at the Geneva Motor Show and the source suggests that it could have a mileage of about 300 km.

Among the expected new cars is Audi E-tron Sportback concept, which will be presented later this year. It is expected to use the same drive as the standard E-tron, which has a lithium-ion battery with 95 kWh, which powers two electric motors that develop a combined 402 hp power and 664 Nm of torque. This allows acceleration to 100 km/h only for 5.7 seconds and combined mileage of 417 km according to the WLTP cycle.