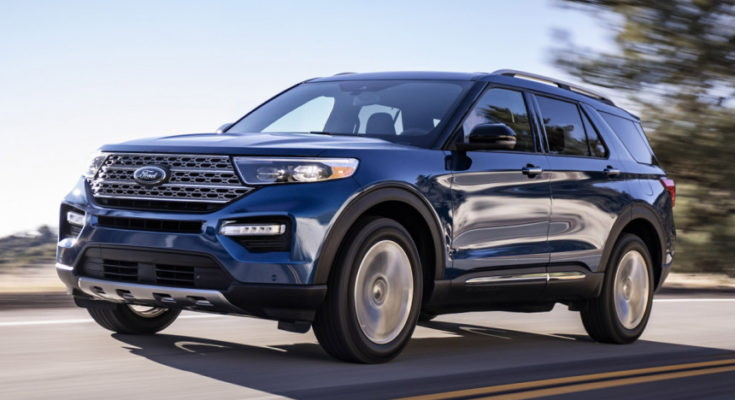 The current Ford Explorer has been in production for 9 years, which is pretty much for the model. The American company introduced the new 6th generation of the SUV, which is also built on a carrier frame but uses a new platform with a longitudinal layout of the engine.

The new Explorer will be available with rear-wheel drive in its base version but will have an option for a front wheel drive system. Changes in the platform and the layout of the motor have led to a metamorphosis in the appearance – the front pendulum is shorter and the overall silhouette is more sizable.

Overall, however, the SUV retains the essential elements of the design of its predecessor. Changes in dimensions are also minimal, the length is 5,050 mm, the width is 2,004 mm and the height is 1,778 mm. The replacement of the platform has significantly increased the range – from 2,865 to 3,025 mm.

Currently, the new Ford Explorer will rely on two turbo engines. The base is a 4-cylinder EcoBoost with a capacity of 2.3 liters of the previous generation, but it has been revised. Its power is increased from 284 to 304 hp and the torque remains the same – 420 Nm. The second unit is a new 3.0-liter V6 EcoBoost that replaces the current 3.5-liter V6 and will only be available at the highest level of equipment – Platinum. Its power is 370 hp and the torque is 515 Nm.

The two engines are fitted with a 10-speed automatic transmission. The 4-cylinder version can be both rear-wheel drive and all-wheel drive, while the V6 engine is only with a two-axle drive system. At a later stage, a hybrid version will be released as well as the “stunned” Ford Explorer ST.

The SUV is also equipped with a Terrain Management system that changes the operation of the electronic system. The rear-wheel drive has 5 modes, while the 4×4 has seven, including the ones for running in deep snow and sand. The ground clearance is 200 mm for the rear-wheel drive and 208 mm for the all-wheel drive. The vehicle can tow a weight up to 2,540 kg.

The standard Explorer features analog devices and an 8-inch screen on the Sync 3 media system. The expensive versions come with a virtual instrument panel with two displays – 12.3-inch for core systems and 10.1-inch for multimedia. There is a Wi-Fi internet access point that can power up to 10 devices as well as 4 USB ports.