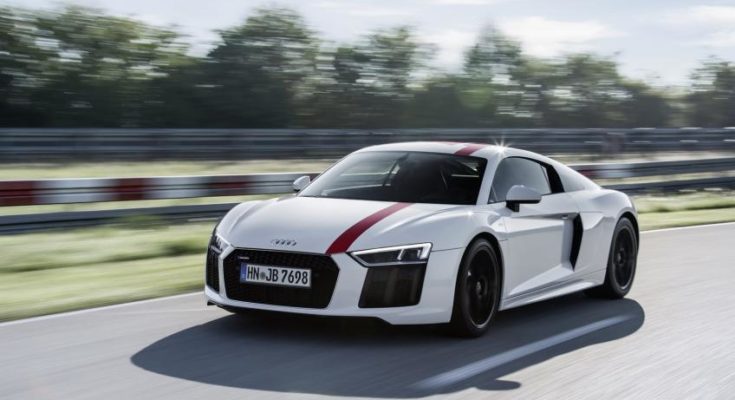 Audi publishes a new model image that will be shown to audiences during the next week’s Paris Motor Show. There is no official innocuation for the car, but according to information in a number of European editions, it will be either the R8 supercar version or some special modification of the same model.

Nor is the possibility of introducing an Audi R8 prototype, which will provide a new “civil” version of the model. It is said to teach the 2,9-liter twin-turbo V6 engine on the RS4 Avant and RS5 models.

It is already known that the next generation of the Audi R8 will not be available with an internal combustion engine. The Ingolstadt company has dropped the V10 engine that has been used so far by the model, replacing it with an electric power unit. The new generation will be distinguished by its proportions and design from the present, building on the ideas set out in the PB18 e-tron.

This prototype was equipped with 3 electric motors with a total output of 680 hp. Thanks to them, the machine accelerates from 0 to 100 km/h in about 2 seconds.