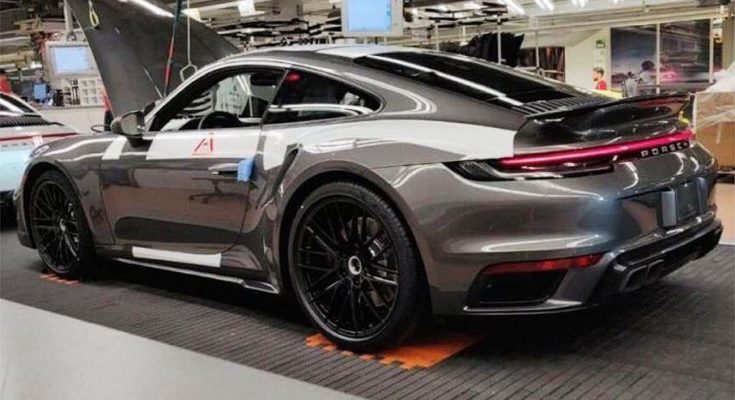 The new generation of the Porsche 911 was introduced last year and the fans of the brand are eagerly looking forward to seeing the most powerful versions of the model. One of these is the 911 Turbo, which was shot at the company’s plant.

The picture from the production line of the Zufenhausen factory, appearing in the Intsagram account of one of the great brand worshipers, Todd Schleicher. He publishes two photographs, but apparently one of them presents the same frame reflected in the mirror.

So far there is no official information on the most powerful version of the new 911. Its predecessor was equipped with a 3.8-liter twin-turbo engine with 540 hp. Engine power is expected to be increased to 560 hp, but it will be clear during the Geneva Motor Show where the car is likely to be presented.

Judging by the picture, the sports coupe will receive aggressive design and additional active elements of aerodynamics. For the 911 Turbo version, light alloy wheels are painted in black, as well as different body colors.