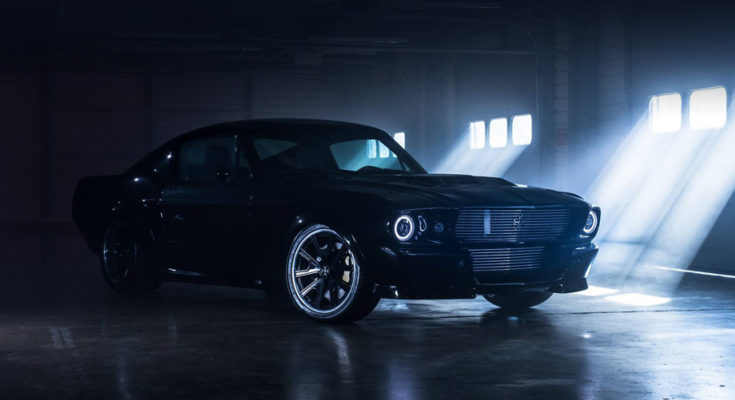 British company Charge Automotive, with the support of Arrival, Roborace and Michelin, tuned Ford Mustang first generation, which emerged in the 1960s. The car is designed with completely original Ford bodywork is used, and it can be ordered both as a FBeck and as a convertible.

The main difference here is the drive, which is electric. It can be both the rear axle and the four wheels, making the change from the central instrument panel. Power of the power unit is 300 kW (408 hp), with the maximum torque of the gearbox reaching 7500 Nm.

The acceleration from 0 to 100 km/h is impressive – 3.09 seconds. The electric car is equipped with a 64 kW/h battery which can be charged from a special 50 kW power harbor. The mileage of the car is 200 km.

The company plans to produce 499 electrical Mustang, with test leads for potential customers going from March to September 2019 in London, New York, Tokyo, Beijing, Abu Dhabi, Paris, Munich and other major cities around the world.

In September, orders will be accepted, with the model estimated at 200,000 GBP. This is the price of the base option and the options are paid separately.