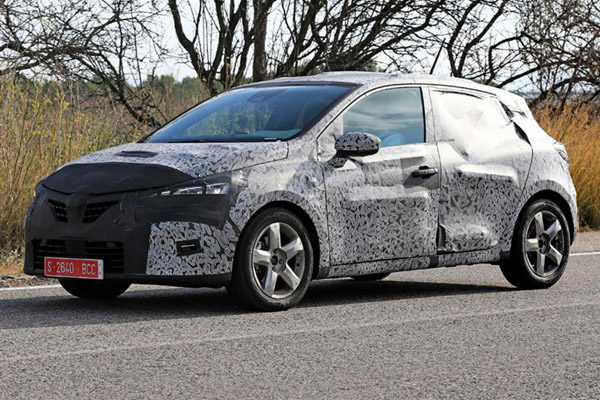 Fifth generation of Renault Clio is expected to appear early next year, although the bravest forecasts are for the premiere even before the end of 2018. However, it is much more logical to expect that the new Clio will appear in Geneva in March. The popular sub-compact model must get a new, even bold design compared to the fourth-generation and hybrid technology.

The sales of the new model will start in the middle of next year, and electronics will also be featured on-board to support autonomous mobility.

Naturally, we have to expect that Clio’s design will be in the style and spirit of what we saw in the new Megane and Koleos, and the prototypes found during tests, including this month, have a serious camouflage that does not even allow assumptions about the exterior design of the new model. However, the basic shapes and proportions of the car will remain similar to those of the Clio IV, but some of the details, such as the radiator grille, will be strikingly close to what we saw in the Renault Symbioz concept.

Renault’s chief designer Laurens Van Den Acker promises major changes in the interior, including a much larger touchscreen on the center console and the latest generation of on-board connectivity applications. Laurens Van Den Acker said earlier that the interior of the Renault models should become as attractive to customers as the design of the cars outside, so the new solutions will be combined with the use of new, high-quality materials in the interior.

The new Clio will use a modernized version of the current CMF-B platform, which means lower costs for the development of the new model. And the use of this platform makes the expected choice of gasoline engines, and in mass versions the big star will be the new 1.3-liter turbocharger and the basic version will get a modernized version of the 3-cylinder engine with a volume of 0.9 liters.

However, it is still not confirmed that Renault Clio V will also receive a dCi engine, although it sounds like a funeral for fans of the 1.5-liter diesel unit.