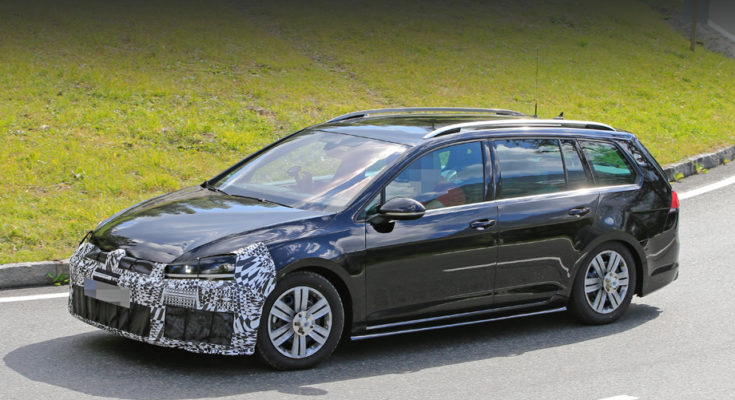 Volkswagen prepares an updated version of its Volkswagen Golf R Variant. A prototype model was shot during tests, says Drive, according to which the car will be available in the market in 2017.

The main novelty of the modification will be the more powerful engine. The Golf R and Golf R Variant are currently equipped with a 2.0-liter gasoline turbocharger with 300 hp, but in the new versions they will develop about 350 hp. The two cars will retain the four-wheel drive system.

The changes to the front and front of the wagon, where the various LED headlights are visible despite the camouflage. Both the standard Golf and the R versions of the facelift will receive an improved 3-display multimedia system that debuted on the Golf R Touch concept concept (pictured below). Each one of them shows the readings of different systems of the car.

As for the standard VW Golf, its updated version will be presented at the Paris Motor Show, which opens at the end of the month. In addition to a slightly revised appearance and additional options, the new 1.5-liter gasoline and diesel engines will replace the current 1.4 TSI and 1.6 TDI.