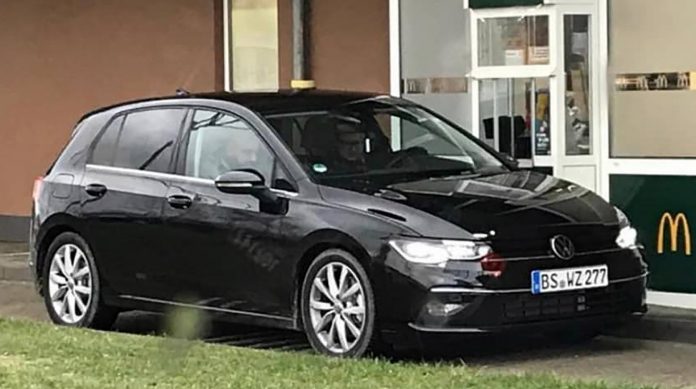 Last month leaked a video of the new Golf 2020. This is the 8th generation of VW Golf and just like the last two generations, it is both recognizable and at the same time different enough to make people realize that this is the latest model.

Keep in mind that VW is always very cautious about design because they do not want to ruin the winning formula. So, although it does not share its parts with the Mk7 and has more sporty front and rear lights, a new grille, and new front and rear bumpers, you can not mistake it.

Volkswagen Golf Mk8 is one of the most anticipated new models for the year. This is because the model is one of the few that has retained its name over the years. It was first launched in 1974 and in the coming years it became VW’s best-selling vehicle and determined its segment so much that it became known as the “Golf Class”.

The VW model sets the standard for all newcomers to measure, and it remains true even when it was not the best car in its class (MK3, for example). For a large number of buyers, Golf was (and still is) the compact hatchback that would choose the model they want to defeat other brands.

The all-new hatchback will be based on a modernized version of the existing model platform called MQB Evo. It will not only be lighter (about 45kg), but will also have a slightly larger wheelbase than the current one, thus offering improved cabin space and, probably, the boot. It also has a refreshed interior, many safety systems, and connectivity options, and possibly a semi-autonomous system.

In January 2018, VW announced that the production of the brand new Golf will begin in June 2019. There are a number of turbocharged 3 and 4-cylinder gasoline and diesel engines on the market and at some point probably a full or soft hybrid version.

Of course, later VW will release the GTI as it is the version that started the hot hatchback class. There are no details at the moment but will probably be powered by a 2.0-liter 4-cylinder turbo engine with nearly 300 hp. This means that Golf R will be even more powerful.