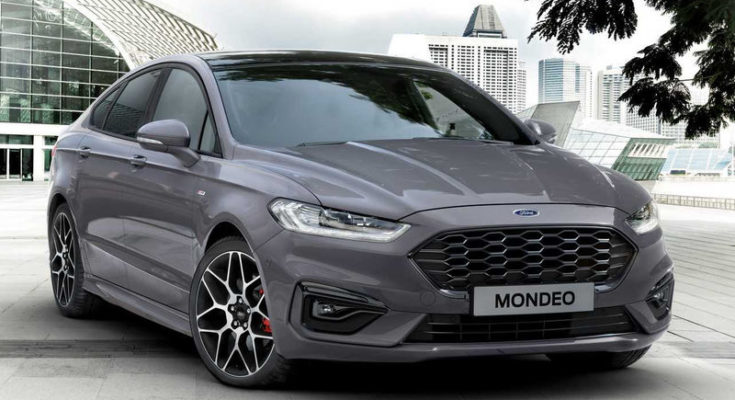 The expected upgrading of the Ford Mondeo is a fact as the car was shown at the Auto Show in Brussels. In appearance, it is a bit different from its predecessor, but there are still some design changes. The radiator grille and the bottom of the bumper are different. The headlamps are now with LEDs, with rear lights divided by a chrome plaque.

The materials are more expensive and enjoyable in touch, and Ford claims that getting in and out of the car is more comfortable than ever before.

The big changes are in the propulsion of the model. In Europe, the Mondeo wagon will now also be available with a hybrid drive that has so far only been available for the sedan. The hybrid unit includes a 2.0-liter gasoline engine and a compact electric motor with a total output of 187 hp. The lithium-ion battery has a capacity of 1.4 kW/h, this version will only spend 4.4 liters / 100 km.

The range of engines already incorporates new EcoBlue diesel engines that meet the Euro-6 environmental standard. They have a power of 120, 150 and 190 hp, and the weakest is a six-speed manual gearbox. In the other two options, a new 8-speed automatic is also available, replacing the current 6-speed PowerShift. The petrol version of the 1.5-liter EcoBoost, developing 165 hp, remains in the range. An optional four-wheel drive system will be available as of now. It will only be available to customers in Europe.

The equipment of the renewed Ford Mondeo includes cruise control, which will be able to stop the car completely (for example when driving in traffic) and then accelerate to the speed. Another innovation is a speed limitation system that recognizes traffic signs.