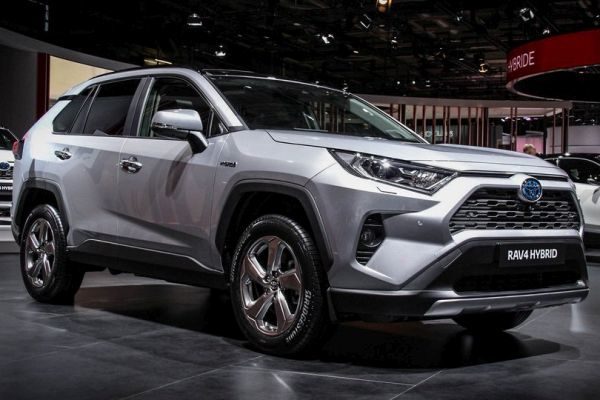 At the Paris Motor Show, Toyota showed the new generation of the RAV4 crossover. It will be on the European market early next year. The new generation of the popular car debuts in New York in March 2018, but the American market is on its way. There are no differences between the two versions of the design unless the registration plate locations comply with European standards.

The crossover is built on the modular platform TNGA-K. After switching to the new chassis, the size of the model remained almost unchanged, except that the wheelbase increased by 30 mm and reached 2690 mm. In addition, the clearance is increased by 13 mm and it is now 190 mm. The RAV4 also received a new power steering with an electric motor. The configuration of the suspension is the same: MacPherson front, multi-link at the rear.

For Europeans, the crossover will be available with a hybrid system that includes a naturally-aspirated 4-cylinder 2.5-liter engine from the new Dynamic Force Combined Injection, an electric motor, an electromechanical 8-speed automatic transmission and nickel -metal hydride battery. The hybrid is available with front or all-wheel drive. In the first case, the total power is 218 hp and in the second 222 hp.

In Europe, the new generation of the crossover will be sold with a two-liter atmospheric engine whose power has not yet been announced. This engine will work in conjunction with a manual gearbox or a variator. For the two-pedal version, a new full-dynamic Dynamic Torque Vectoring AWD transmission with a multi-disc coupling and a throttle control system for each of the rear wheels is provided.

Diesel for the European market, however, has been sent in history. The previous generation Toyota RAV4 on the Old Continent can still be purchased with a 2.0 D-4D (150 horsepower) diesel engine running in tandem with a six-speed gearbox.