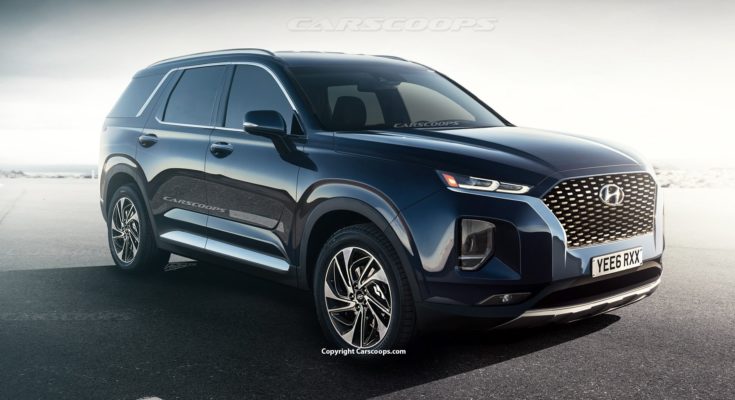 In an increasingly global market where many cars are sold with minimal differences between them, customer tastes will hardly change. For example, in the US, interest in large SUVs with 7 or 8 seats remains enormous. Cars such as the Ford Explorer, the Volkswagen Atlas and the Dodge Durango are among the most sought-after, while there is no chance in Europe to emerge in the road.

In 2019, another serious player – Kia, with his massive SUV – Telluride will enter this segment. Along with it, there will be an identical Hyundai model, which is likely to be called Palisade (according to some information the name may be changed). And while Kia’s SUV has already been shown to the public, Hyundai’s remains a mystery.

This has made Motor1 artists show how Palisade will most likely look. For this purpose, they used pictures of test prototypes of the model, combining them with the design of last year’s conceptual model HDC-2, which was believed to be available in series production. All of this has added elements of the largest SUV of the brand – Santa Fe, as well as features of Kia Telluride.

By the way, the two Korean SUVs will be very similar, as they will use the same platform as well as engines. Palisade and Tellirude will be front-wheel drive or four-wheel drive and propelled by the 3.3-liter V6 engine that debuted at Kia Stinger. It will be combined with an 8-speed automatic transmission.