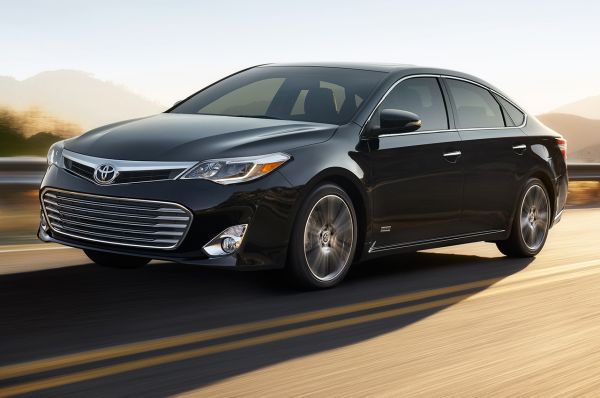 The large Toyota Avalon sedan is not available in Europe but it is the flagship of the Japanese brand in the US. Now the company is preparing the release of the new generation of the model, whose sales are falling sharply lately. The premiere of the car is scheduled for the Detroit Motor Show in a month.

The manufacturer showed a first image of the business sedan, which is positioned as a competitor for the Mercedes-Benz E-Class and the BMW 5-Series. The picture shows only a part of the LED optics, as well as an increased air intake on the front bumper. Overall, Avalaon will follow the design of the Toyota Camry shown earlier this year.

The basis of the model is the new Toyota New Global Architecture, which is used by most of the new models of the Japanese manufacturer, including the already mentioned Camry. The engine range is expected to remain the same as the current generation of the model (the second picture). These are a 3.6-liter gasoline V6 with a power output of over 270 hp as well as a hybrid with a 4-cylinder 2.5-liter gasoline engine.

The current generation of Toyota Avalon has been produced since 2012 and was seriously renewed in 2015. Only in the last year the model sales have dropped by more than 30% and the new generation must at least partially compensate for this.