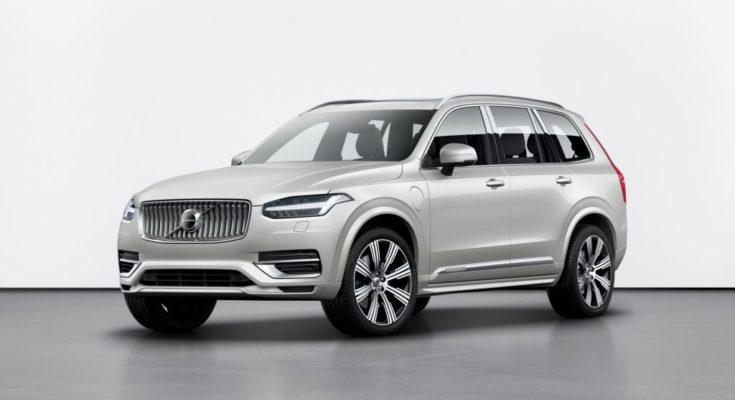 The renewed Volvo XC90 appeared before the Geneva Motor Show. It has something to show, such as the newly developed fuel-saving technology integrated into a system that regenerates kinetic energy through the braking system.

The combination of the KERS system with the already established Volvo aggregates leads to new electrified engines. These hybrid systems will offer up to 15% fuel economy and real emission reductions, according to the Swedish manufacturer. The KERS system works in a very clear way, using the new electric braking system to reduce fuel consumption and emissions by restoring kinetic energy when braking. The Volvo models, marked with a “B” logo, will complement the existing T8 Twin Engine plug-in hybrid in the new XC90.

Upgrading the model as a whole is not impressive. Apart from the new wheels, colors, and grille design, nothing else is really changed. We do not see any need after this SUV looks good.

In fact, the new Volvo XC90 offers more for the different seat configurations, where besides the four-seat Excellence or the seven-seat standard, you can now order the Swedish SUV with a new six-seater configuration. New materials, including wool, are integrated into the interior.

With regard to active safety technology, Volvo XC90 now provides assistance in managing both the city’s safety system and the dead-end tracking system. Volvo says its City Safety automatic brake technology is still the only market system that can recognize pedestrians, cyclists and large animals. Volvo equips the XC90 with the bandwidth system introduced for the first time in the latest XC60.

The new model now also has Android Auto, not just Apple CarPlay, and the Spotify music service is also integrated.

Volvo will start production in May at the Torslanda plant in Sweden.