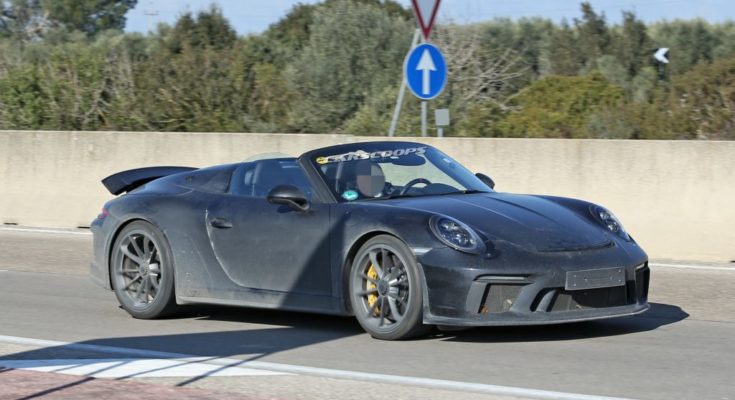 Almost everything about the new Porsche 911 Speedster is published, but we already have a look at the overall design of the sporty cabriolet. This will be the last Porsche 991.2, which will only come in 1948 units, all of which are already sold out. With its two-seater configuration, the Limited 911 Speedster is based on the GT3 chassis and uses a modified Coupé based on the Carrera 4 Cabriolet.

The emphasis in Porsche 911 Speedster is, of course, the characteristic double bonnet behind the seats made of carbon. It is said that the final version will include retro mirrors for the Talbot doors, 21-inch alloy wheels, and a lightweight clamshell cover.

Power will be provided by the GT3 atmospheric 4.0-liter boxer, producing over 500 hp at 9,000 rpm. Fortunately, the gearbox will be just one – 6-speed manual.

The new Porsche 911 will be the first model to come with Heritage Design packages that will allow customers to choose their favorite exterior design instead of ordinary paint.

This should be one of the latest prototype pictures, as the Porsche 911 Speedster should start in early 2019, but the latest reports reported a slight delay.