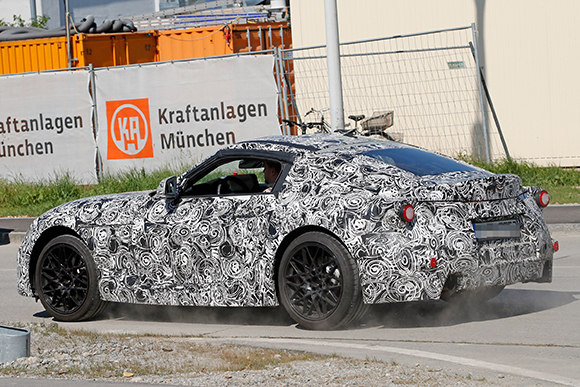 Automotive news hunters for the first time managed to shoot the revived Toyota Supra sports car. A test prototype of the passenger compartment was detected on Germany’s roads, with photos being published by Auto Express. Most likely, this is not the final version of the car, but the prototype that Toyota sports division chief Tetsuya Tada promised to show by the end of the year. The serial version will come out only in 2018, which is 16 years after the production of the fourth generation of Supra.

For the development of the car, the Japanese use the help of BMW, which will rely on much of the technology to make its own sports model. It will be called the Z5 and will become the receiver of the coupe-cabriolet Z4, which was stopped production. The Bavarian will receive a soft removable roof while the Toyota machine is fixed.

The new Toyota Supra and the BMW Z4 / Z5 will rely on a German chassis and engines that combine with Japanese hybrid technology. Curiously, however, it will again be a German engine – petrol with a volume of 1.5 or 2.0 liters. It will be helped by two electric motors – one on each axle. The total power of the unit will be around 350 hp.

Both cars will be of comparable size to those of the Porsche 911. Their production is expected to be concentrated at the Magna Steyr plant in Austria. The annual volume of the two models will be around 60,000 units.