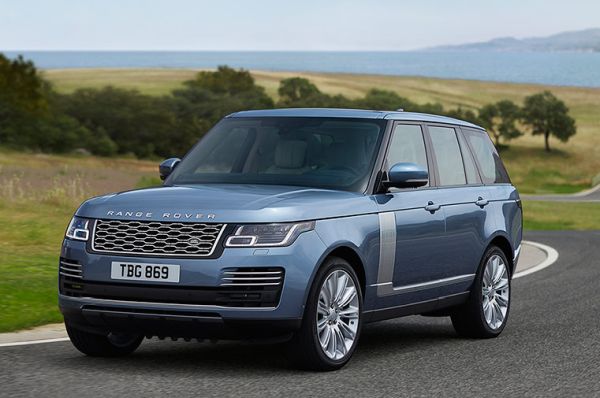 Land Rover presented its renewed Range Rover SUV in London. The brand’s flagship for the first time received a hybrid version that can be recharged from the power grid.

In appearance, the refreshed model can be distinguished by its modernized LED headlamps. They have new sections of daytime running lights. The radiator grille is different.

The interior is entirely in the style of the Velar crossover and the renewed Range Rover Sport. There is an additional touchscreen on the center console that can be used to control most of the vehicle’s function. The SUV will also be available with a fully digital instrument panel.

The hybrid unit of the new P400e is taken over by Range Rover Sport. It includes a 4-cylinder turbocharged gasoline engine developing 300 hp, a 116 hp electric motor, an 8-speed ZF and a lithium-ion battery pack with a capacity of 11.3 kW/h located below the floor of the trunk.

The total power of this version is 404 hp. and 640 Nm. The acceleration from 0 to 100 km/h takes 6.8 seconds and the maximum speed is 220 km/h. Only on electricity the SUV traveled 51 km. With a special fast charging system, the batteries are charged for 2.45 hours and the standard time is 7.5 hours.

Besides being a hybrid, the renewed Range Rover will be available with gasoline and diesel engines. The base version relies on a 3.0-liter turbo diesel with 258 hp. and 600 Nm. There is another diesel available – the 4.4-liter V8 with 339 hp.

The model’s equipment includes a gesture management system, laser headlamps, a cabin air ionization function, a Wi-Fi internet access point that supports 4G. The seats can be adjusted in 24 directions and have 25 different massage modes.