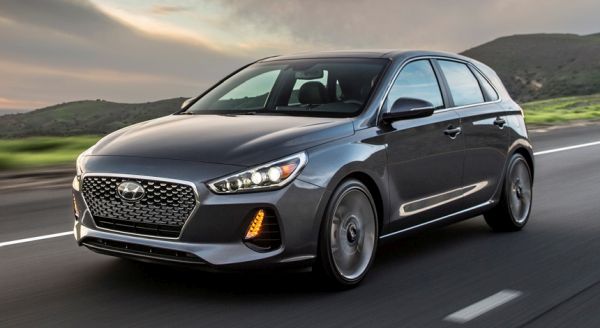 For years, Hyundai has been offering the Elantra model on the US market, but this is not the well-known sedan. Behind the ocean is the hatchback i30, which was initially developed for Europe but later adapted to American taste.

At the Chicago Motor Show in Chicago, the 5-door Elantra version was shown, all set at the Nürburgring in Germany. Now is the time for the introduction of the GT Sport, which has an even more powerful power unit.

The European i30 and the American Elantra GT are the same – both in appearance and equipment. The models have LED headlamps, a dual-zone air conditioner and an 8-inch display on the media system. Technically, however, cars differ.

In the Europe, the i30 is available with 1.0-1.6 liters of engine capacity up to 140 hp. Behind the ocean, the basic Elantra GT is available with an atmospheric 2.0 GDI engine with 162 hp, coupled with a 6-speed manual gearbox or automatic transmission with the same number of gears. In the US hatchback, the rear suspension is semi-dependent, while the i30 is multi-point.

The new Elantra GT Sport, however, is based on European chassis settings (multipoint rear), 18-inch wheels instead of 17-inch, more powerful braking system and a 1.6-liter T-GDI engine with 201 hp, a number of Hyundai and Kia models. The gearboxes are a 2-, 6-speed manual or 7-speed automatic transmission with 2 clutches.