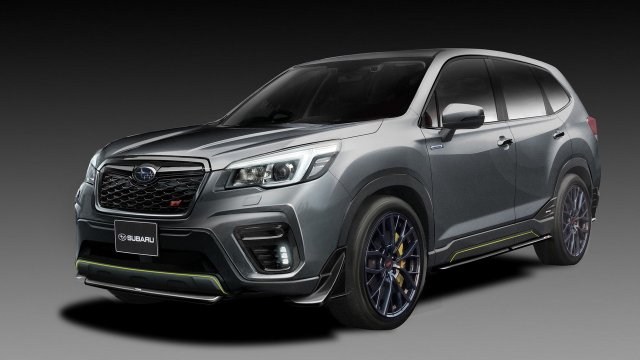 Japanese car manufacturer Subaru puts an STI logo on two of its models, which it plans to present at the Tokyo Motor Show starting on January 11. So far, the new versions of the Forester and the Impreza are just concepts, but at least one of the two STI add-ons is expected to show up in production.

The company also publishes photos of the machines, and a special colour – Fighter Gray – is selected for the Forester STI, and the car is fitted with 19-inch wheels made specifically for it. It is also known that the crossover has also received a powerful Brembo braking system.

However, there is no information on the power plant improvements. The company says the e-Boxer hybrid is “significantly improved”, but it does not specify how. The standard version consists of a 145 hp petrol engine and a 14 hp electric motor. Most likely, the Forester STI power will be increased, with Subaru waiting first to see the reaction of the audience, and eventually launch this car in series production.

As for the Subaru Impreza STI, it will remain a concept designed to show the company’s tuning capabilities. Here the work is exhausted by putting black elements on the front bumper and the thresholds of new rims. The roof is also painted in black. 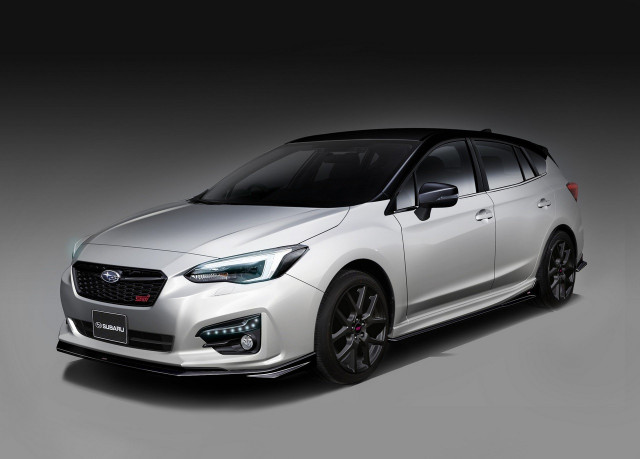 The technical changes include a new exhaust system, while the 2.0-liter “boxer” under its bonnet remains at 156 hp as its standard power. Impreza’s salon has used better quality and, therefore, more expensive materials.