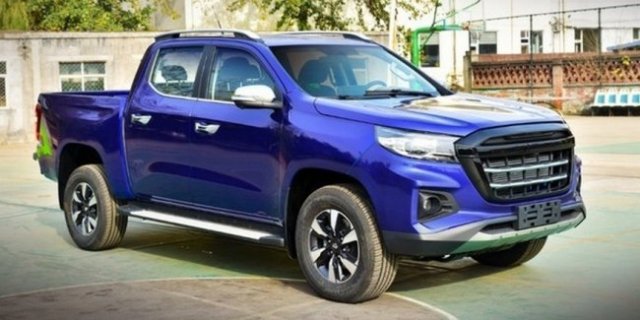 Chinese car brand Changan is not very popular in Europe or North America, but on the local market, however, it is developing well and even launching a sub-brand – Shenqi, which specializes in the production of SUVs and pickups. Exactly Shenqi launched the new F70 pickup. At first glance, it is a typical representative of the Chinese automotive industry – not particularly high quality, big and greasy engines and copying some popular models. In this case, the classics such as Nissan Navara and Ford Ranger.

The Chinese Ministry of Industry has released the first photos of the F70, stating that the trade name of the model has not yet been selected, but the name Kaicene is on the radiator grille.

The F70 is positioned over the other Shenqi-F50 pick-up, which was created “similarly” to the previous Isuzu D-Max. The Chinese car manufacturer argues that the design of the F70 is “original”, but the paintings of the pickup refute them.

According to Chinese media, Changan’s new pickup will be available on the market with two 1.8-liter and 2.5-liter Isuzu turbo diesel engines, with the smaller engine being more powerful, reaching 150 hp against 129 hp in the past. The engine drives the rear axle or the four wheels, there are still no data on the F70 transmissions.

Interestingly, the F70 will also have to compete with a “purebred” copy of the Navara-Dongfeng Ruijing 6, “based on” the Japanese model.