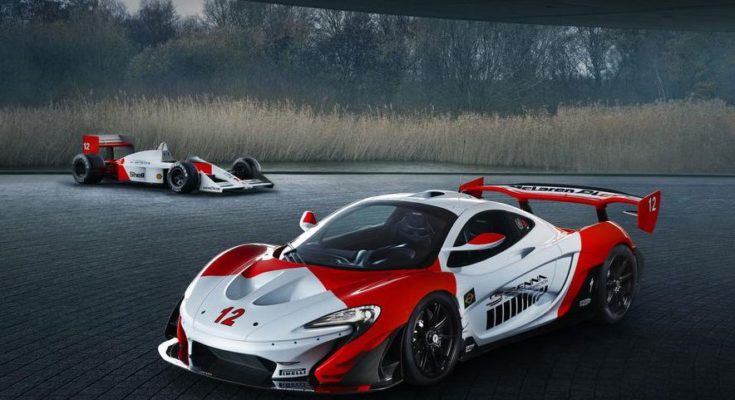 The McLaren Special Operations (MSO) has released a special version of the P1 GTR super-hybrid, which is painted in the colours of Ayrton Senna’s McLaren racing car. The supercar Ultimate Series has received refreshed aerodynamic elements and a unique engine compartment.

The car is ordered by one of the British brand’s collectors who is a big fan of Ayrton Senna. The super-hybrid body combines McLaren Rocket Red and Anniversary White colours with the McLaren MP4/4 racing car. The doors of the cabin are decorated with the Brazilian flag, Senna inscription and Driven to Perfection slogan. Placing the graphic elements took 800 hours.

The unique super-hybrid McLaren P1 GTR Beco has received a special gold-plated heat shield and a modified casing for the engine compartment. The aerodynamics are improved by placing a larger front splitter and side deflectors. The final result is the generation of a compressive force of 800 kg.

McLaren P1 GTR Beco has Alcantar steering wheel, while the front seats are also used as racing seats designed for Ayrton Senna. As a gift, the client also received a special helmet decorated in the colours of the car.

No information is available on whether the power unit is developed. The standard McLaren P1 GTR Beco relies on a 3.8-litre twin-turbo V8 and an electric motor that develops an aggregate output of 1,000 hp. The acceleration from 0 to 100 km/h takes 2.9 seconds and the maximum speed is 362 km/h.