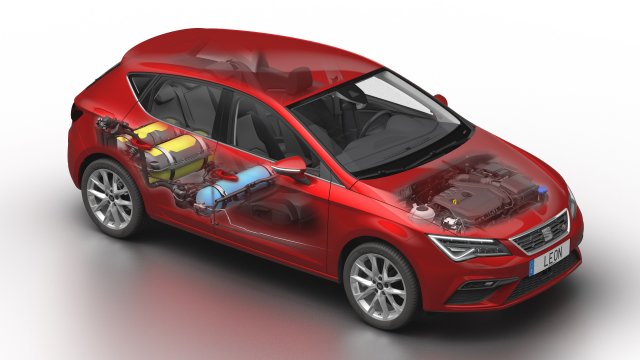 Electric engines are the most popular marketing move for most manufacturers, but the cost of these environmentally friendly vehicles is often much higher than that of traditional ones. Therefore, budget brands periodically add versions of methane-powered engines, which are cost-effective for owners’ not only in terms of fuel price but also of the entire price of the car.

In this way, SEAT decided to release versions of its popular Leon hatchback with a new engine running on methane. The interesting thing here is that the engine is a turbocharged – 1.5-liter 4-cylinder with 128 hp and 200 Nm torque, working in tandem with a 6-speed manual or 7-speed automatic transmission.

The new version is called the SEAT Leon TGI Evo and will be an alternative to the 1.4-liter gasoline turbo engine. At the same time, the engine is specially engineered to work on methane but retains the Start/Stop system and the turbocharger, and the pistons are made with a special coating of chrome and nickel, which increases wear resistance.

The new SEAT Leon TGI Evo has three methane cylinders that provide a mileage of 500 km on a single charge, with gasoline switching for another 100 km. So far, the company has not announced when the release will be available in Europe and what its price will be.