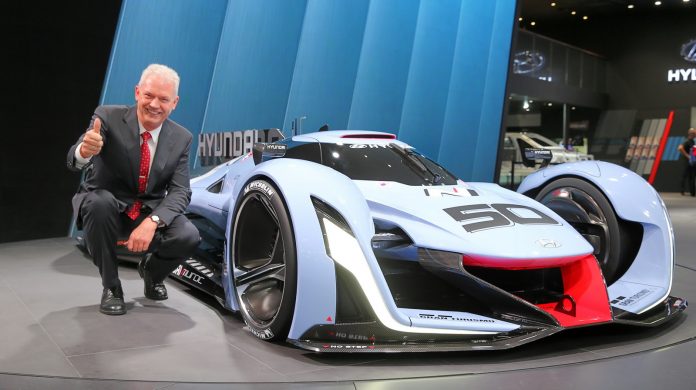 Hyundai is scheduled to hold a press conference at the International Motor Show in North America on January 14 and will finally reveal the fans what to expect.

The President of Hyundai Motor Group, Albert Biermann, is using the CES press conference to reveal some details about the upcoming debut in Detroit. The former head of BMW M said: “The main goal of the Hyundai N brand is to enhance the image of Hyundai Motor and its technical capabilities”.

Although it does not go too far, Albert Biermann said the company would present a “powerful hydrogen electric car”. As he explained, Hyundai has the most advanced hydrogen fuel cell technology, so it’s only natural for Hyundai N to introduce a hydrogen-powered vehicle.

Nothing is formal, but it can be assumed that the model is a concept. Nevertheless, the company has already introduced the Hyundai N 2025 Vision Gran Turismo. This particular model will use two fuel cells and a supercapacitor to give the racing model a total power of 871 hp.

It remains unclear whether the Detroit concept will have a similar approach, but we will understand next week.