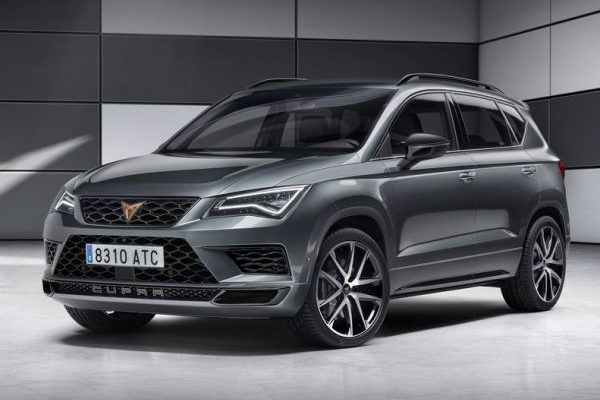 As early as January, Seat announced that they would be releasing their sporting models in a separate brand – Cupra. The first is a crossover that was officially presented in Barcelona.

The car is built on the standard Seat Ateca and is equipped with a 2.0-liter gasoline turbo engine developing 300 hp. According to representatives of the Spanish manufacturer, this is one of the “most remarkable engines in the world”, which works in combination with a 7-speed DSG transmission.

All torque is transmitted to wheels with a special 4×4 system, which analyzes the road conditions in real time to distribute the thrust. The system fixes the vehicle’s travel speed as well as the speed of each wheel in order to achieve the best traction.

The acceleration from 0 to 100 km/h in the Ateca Cupra takes 5.4 seconds and the maximum speed is 245 km / h. The sports crossover features a number of control electronics modes – Normal, Sport, Individual, Snow, Off-Road and Cupra. The latter makes the suspension stronger and the engine’s response faster.

“Cupra is a great opportunity for Seat, for our customers and for business. This project has emerged as the dream of a group of people looking for new ways to attract more customers. This model – Cupra Ateca, besides a sports SUV that is unique to the segment, can also be defined as a premium-class product”, said the company.