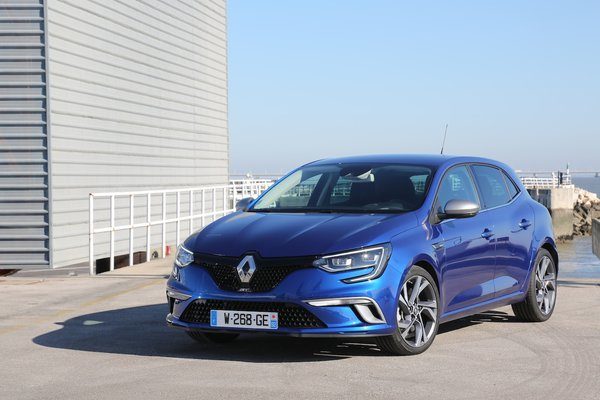 The latest generation of the popular Renault Megane model is already fighting for its place in the sun on the European market and the 205 horsepower version of the GT shows a little bit of what we can expect from the new RS.

The new athlete is expected to debut at the Geneva Motor Show in March, according to recent rumors, Renault Sport will provide him with a capacity of at least 300 horsepower. The car will be powered again by a 2.0-liter 4-cylinder gasoline turbo engine, but this will not be the familiar F4RT, which is already struggling to meet the latest emission standards.

It is assumed that the new Megane RS will be available with a manual and automatic transmission. We recall that Renault’s EDC transmission box has progressed in recent years and its improved performance with Clio RS and Talisman gives hope for fans of Megane RS.

Initially, there were rumors that the new Megane RS would drive four wheels, but the information was never confirmed, which means that the new RS will likely have a front-wheel drive. As for the design of the exterior, the designers will surely use the Megane GT package and build on it.