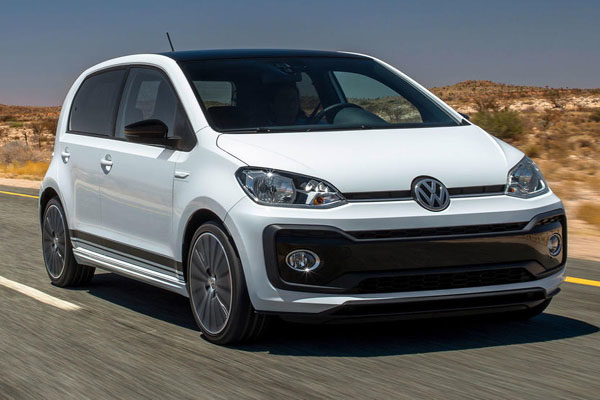 The most powerful version of the VW Up, the GTI for the moment only exists as a prototype, but it definitely has a good chance of a good market future. According to some analysts, this version will revive the spirit of the first generation of the Golf GTI, while others think it is cynical to put a GTI on a car driven by a 1-liter 3-cylinder 114 horsepower engine.

It is assumed that VW Up GTI’s premiere will take place in early 2018, and then we can see what the reaction will be in the market. In fact, comparisons with the first generation Golf GTI are not accidental, just Up is proof of how old cars have grown. The difference in dimensions of the Up GTI and the first generation Golf GTI are in millimeters, whether it’s length, width, height or wheelbase.

Up and Up GTI is more powerful than the original, which appeared in 1976. The modern car is heavier – 1020 vs. 880kg, but this is explained by the harsher requirements in terms of passenger safety. With acceleration, the advantage will be on the Up GTI side – from 0 to 100 km / h takes 9.2 seconds on the Golf and 8.8 seconds of his modern spiritual heir. And if the Up GTI is also available with a DSG transmission, this will be even better.

The single-engine turbo works at a pressure of 1.5 bar – as much as the Porsche 911, and engineers promise to raise power to 125 horsepower without problems. The Up version of the GTI is down 15 mm down, the suspension is seriously reworked, and many Polo components are used, but the steering rack and vented brakes are a perfect example.

It is expected that the base price of Up GTI will be around 16,000 euros in Europe. It remains to be ascertained whether the trick will be as fun to ride as the first generation Golf GTI.