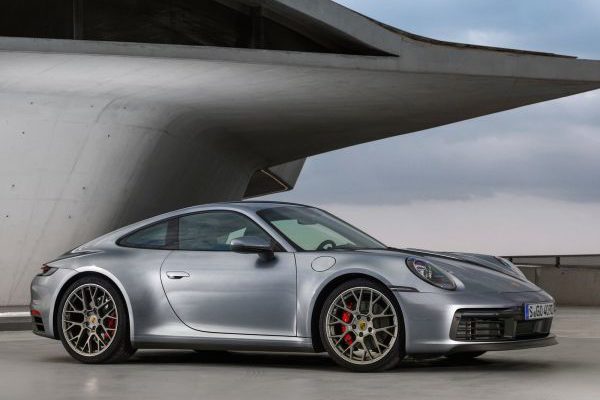 The emergence of a new Porsche 911 is always one of the most remarkable events in the automotive industry. It is always interesting to what extent the German company has changed the design of its icon and how it has developed the sports car with a rear transmission so that it can be made every year faster.

The new generation of the coupe (992) was officially presented in Los Angeles where one of the world’s largest car exhibitions is held. At first glance, the car does not differ from its predecessor, but it is not. The front of the car is 45 mm wider. The front rims there are 20 inches and rear – 21 inches. This will feature the 911 Carrera S and 4S versions in Los Angeles, while other variants will probably be selected for the base modifications.

The big design changes are in the rear part, where the narrow lights are already connected to the LED line and the dark section of the bumper makes the car look more massive. The mobile anti-roll is also larger in size.

The car’s interior is completely new, as the style is preserved, but a large number of screens and touch panels have appeared. The main one is a 10.9-inch display on the center console. Below it is a block of 5 key controls for the main functions as well as the small lever of the PDK robotic gearbox, which now has 8 gears (so far 7).

There are two screens on the instrument panel at the edges of the tachometer. Porsche has not yet abandoned the traditions and have left this instrument analog but have added a number of driver assistance systems. In addition, an automatic stop function is included in the basic version, and a system is available for additional payment, recognizing humans and animals in the dark.

Porsche continues to increase the power of its engines. The 911 Carrera S/4S is equipped with a 6-cylinder turbo boxer that develops 450 hp. The maximum speed of S-version is 308 km/h, while the four-wheel drive (4S) develops 306 km/h. Acceleration from 0 to 100 km/h takes 3.7 and 3.6 seconds respectively, and when adding a Sport Chrono with a quick start function, the time decreases by 0.2 sec. There is also an extra Wet mode for a wet road, and it also changes from the steering wheel.

Additional features are included in the navigation of the vehicle. “Porsche Road Trip” helps the driver plan, organize and track special routes, including holiday spots, restaurants, and other attractions. There are also virtual assistants – “Porsche 360+”, which is available to customers at any time.

A “Porsche Impact” function is also included, which calculates the emissions of the vehicle.