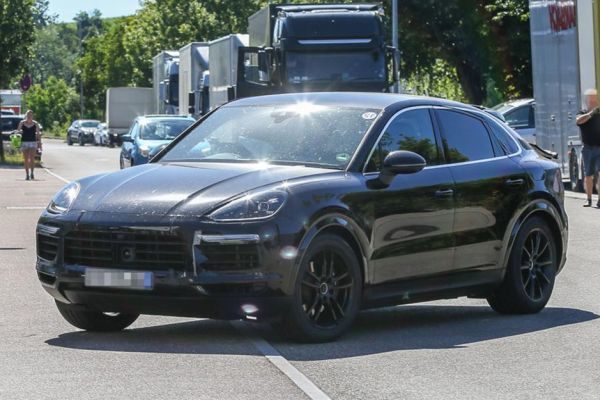 Porsche is already in a very advanced stage in the development of the future Porsche Cayenne Coupe version, judging by leaked spy photos. It has to compete with very successful models such as the BMW X6 and Mercedes GLE Coupe.

The mule shot by the paparazzi has a completely unmasked front, which implies that in the final model it will be the same as in the normal Cayenne. Significant changes will be behind, starting from the much sloping roof. The rear windows will be smaller and the number moves from the boot lid to the bumper. Most likely there will be a folding electric spoiler in the back of the passenger compartment.

The interior is unlikely to make any major adjustments, but it will surely suffer the rear seats as well as the impressive 770-liter rack on the standard Cayenne.

Porsche performs the hybrid or even full electric drive tests if it sucks the few warning stickers on the doors. Cayenne is on the same platform as the new Panamera, which is now available with a plug-in hybrid version.