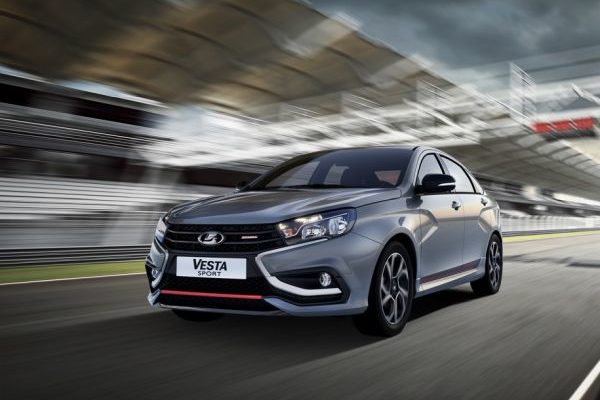 Russia’s largest producer, AutoVAZ, presented its new flagship. This is an “inflated” version of the Vesta model, which has received the Sport add-on to its name.

From the standard sedan, the new modification differs from the original front bumper, the additional rear spoiler and the 16 mm suspension (the Vesta Sport clearance is 162 mm). The car has received advanced fenders, rear bumper diffuser, twin exhaust pipes and 17-inch wheels with low-profile tires.

The engineers of the company have also revised the chassis in order to achieve better manageability. Some of its components are being replaced or reinforced, and the Lada Vesta Sport can also boast a new braking system with increased drives.

Under the cover of the car will be a 1.8-liter gasoline engine, whose power is increased by the standard for Vesta 122 hp. up to 145 hp The maximum torque is 187 Nm. The unit has received new camshafts, a redesigned gas distribution system and a modified exhaust system.

The engine combines a 5-speed manual gearbox, and the Vesta Sport can not boast with impressive acceleration from 0 to 100 km/h. According to the information so far, for this exercise the sedan will need 9.6 seconds.