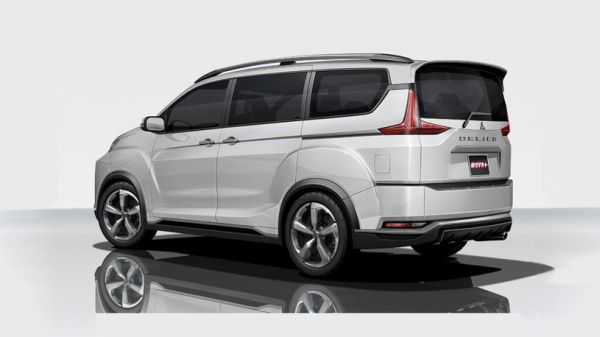 Only a month ago, Mitsubishi showed the compact Xpander off-road minivan, the first of a series of new models to strengthen the brand’s position on the Asian markets. The next generation will be the Delica, which appeared back in 1968.

The new Delica will be presented as a conceptual model at the Tokyo Motor Show in October, but judging by the published images, the car is fully ready for series production. It is expected to hit the market in early 2018.

As a Delica design it will largely repeat the Xpander mostly in the shape of the front with thin headlights and massive bumpers. The model will be positioned as a family car in the off-road, with not just its off-road capabilities, but its comfort and practicality.

Still, the model will come with the all-wheel-drive Super All Wheel Control – the same as the Mitsubishi Outlander, with active front differential and rear axle coupling. Impressive is the power unit – 2.2-liter diesel, developing 170 hp. and 392 Nm, which will most likely be combined with a variable transmission.