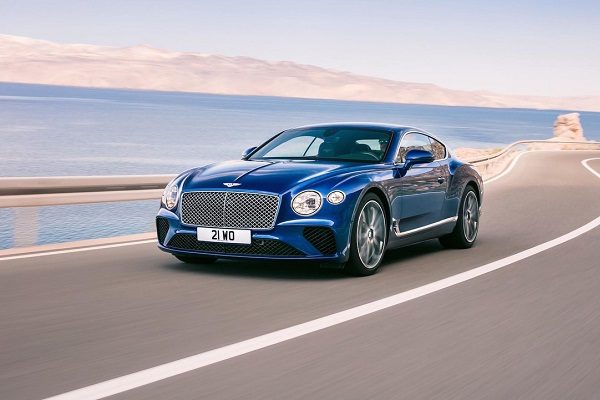 Bentley revealed details of its long-awaited new Continental GT, just before it was introduced at the Frankfurt Motor Show in September. The most important thing we need to know about the new generation of Continental GT is that it has a 6.0-liter W12 engine that has been modified and already has an output of 626 hp. and 897 Nm of maximum torque. The acceleration from 0 to 100 km/h is 3.7 seconds and the maximum speed reaches impressive 333 km/h. The drive continues to be provided by the four-wheel drive, and the power reaches them through an 8-speed automatic transmission with two clutches, which is new to the model.

Combining the latest technology with the traditional proportions of the Continental GT, Bentley has achieved something that they are truly proud of. Wolfgang Durümer’s executive director describes the new car as the apogee of British automotive design and engineering thought. Proof of this is the luxury wooden veneers in the interior, the giant 12.3-inch touchscreen display and the classical three analogue instruments that provide the driver with the most important information about the vehicle’s state of play and its dynamics.

Thanks to the new 48-volt hybrid system developed by Volkswagen’s parent company, the new Continental GT features a start / stop function, speed-only technology with highway power, and a system to deactivate part of the cylinders. All of this, along with the new 8-speed automatic transmission, results in an average fuel consumption of 12.2 l / 100 km compared to 14.2 l / 100 km in the old model. The emissions are within 278 g/km, with Bentley registering a 16% reduction over the previous Continental GT. Besides cleaner, the car has become more tolerant to the owner’s sound preference, as it already has electronic valves to adjust the sound from the exhaust system. 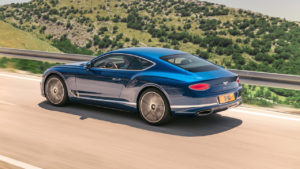 The company has also developed a new active four-wheel drive system that replaces the traditional 4×4 bentwheel drive, operating in a 60/40 ratio in favor of the rear axle. Instead, the new technology constantly monitors the conditions and sends power to those wheels, which at this particular moment most need it in order to achieve the best grip and the fastest acceleration.

The steering system already has an electric amplifier with a variable gear ratio, which according to Bentley provides better feedback and at the same time neutralizes some of the road imperfections.

The new air suspension is powered by the 48-volt electric system of the car and with it Bentley has tried to distinguish different suspension behavior. The dampers are electronically controlled, which also helps to achieve comfort and stability, and in addition to Bentley, they have tried to minimize unladen weight by developing lightweight aluminum bridges.

The front brake discs have grown by 15 millimeters compared to the previous generation and already reach 420 millimeters in diameter.

When it comes to the look and feel of the car, Bentley assures that the personalization options of the new Continental GT are virtually endless. The standard options include 17 exterior colors, and custom design shades reach 70. There are 15 carpet options, 8 handmade veneers for the dashboard as well as 4 special two-component veneers for the more demanding. The leather upholstery has 15 varieties, and the complete list of extra equipment is mildly long.

The car comes standard with 21-inch wheels, with 22-inch wheels available for extra charge. There are also two basic packages of technological gadgets – one for the customers who spend more time in the city and the other for those who intend to travel long distances. In the first case in the City specification you will be able to take advantage of the contactless opening of the trunk, pedestrian warning system, sign recognition technology, emergency stop in urban conditions, and a 360-degree camera system around the car. The Touring specification includes adaptive cruise control with a traffic jam, Traffic Tracking Tracking System, central head-up display, night vision technology and a system that prepares the brakes when it comes to the need for emergency braking.