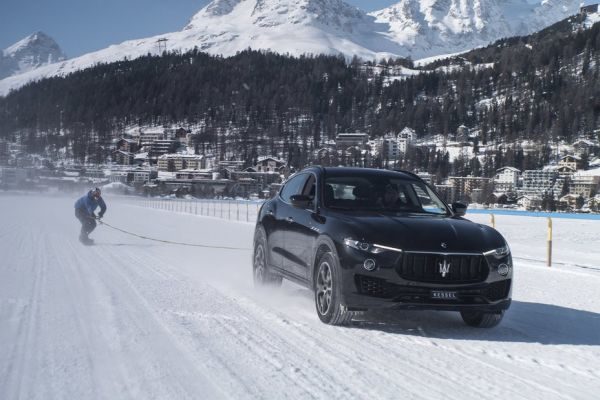 Briton Jamie Barrow has fallen into the Guinness Book of Records after becoming the world’s fastest snowboarder in the car. The Maserati Levante Crossover has entered the role of a trailer.

The used Maserati Levante was equipped with special Pirelli Scorpion winter tires, each with 474 separate studs. The route has previously been switched from snow-clearing machines to maximize traction.

Modification of the crossover involved in the record is not specified. The Maserati Levante comes with a 3.0-liter gasoline twin-turbo V6 engine developing 350 or 430 hp. Diesel versions also for 3.0-liter – 250 or 275 hp. All versions are equipped with 8-speed ZF gearbox.

It is expected this year that Maserati will release the top-of-the-line GTS, which will teach the 3.8-liter unit with two turbines from the Quattroporte GTS sedan. This engine develops 530 hp. and 710 Nm of torque.