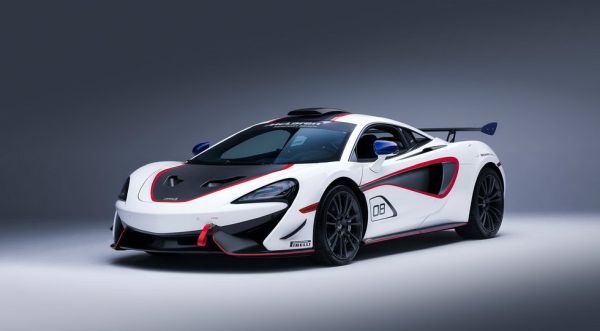 McLaren Special Operations Division (MSO) has released a special version of its 570S, which is called MSO X. The supercar comes out in a series of 10 units that have already been produced and handed over to their new owners.

Interestingly, all cars are sold by the same dealer – McLaren Newport Beach, which operates on the West Coast of the United States. She has found clients for the 10 cars as they have been paid in advance. So the British manufacturer has done the cars after he has already received the money for them.

The appearance of the MSO X largely repeats that of the 570S GT4 racing version. The reason for this is that the new supercar is designed to ride a track. Its bodywork is entirely painted in the style of a racing car from the 90s of the last century.

The car has received improvements in aerodynamics, which increase the compressive force in the turns. This is why a large anticlock helps on the rear of the engine compartment cover. It provides 100 kg. compressive force of the rear wheels.

There are no reports of changes to the supercar’s engine – the 3.8-liter V8 Twin-Turbo with a power of 562 hp. In the interior, however, carbon and alcantar elements are added. The seats also feature special 6-point seat belts.