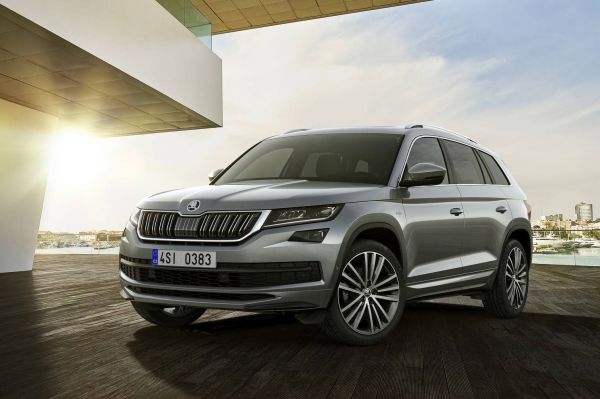 The Czech car company revealed details of its luxury version of the Skoda Kodiaq crossover. It is called Laurin & Klement, in honor of the founders of the brand. His debut will be at the Geneva Motor Show in March.

It is noted that for the time being, the price of the car is kept secret. However, according to unconfirmed information, customers in Western Europe will pay 37,000 euros for basic performance. On the Old Continent, the crossover is expected in the summer of 2018.

The car is fitted with a chrome radiator grille, and the housings are not exterior mirrors in the color of the bodywork. The rear bumper has been changed. Rims are a 19-inch cast of lightweight aluminum material.

In the salon, it is worth highlighting sports seats lined with natural and synthetic leather, piano lacquer applications. In the list of features, the crossover received cruise control, lane tracking assistance and auto parking.

With regard to the Skoda Kodiaq L & K engines, the 150-hp petrol 1.5-liter TSI is available. and 2.0 TSI 190 hp. There are two versions of the two-liter TDI with the same power as the petrol. The engines are coupled with a seven-speed DSG gearbox.