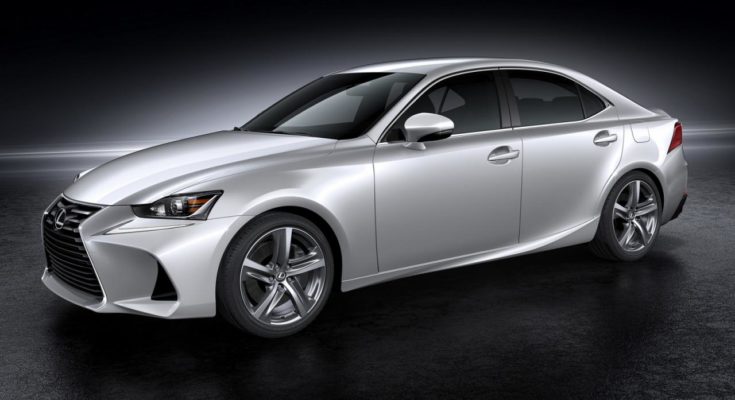 The upgraded version of the IS sedan will be one of the highlights of the Lexus stand in Beijing. The model will debut officially at the opening of the showroom later this week, but many photos and information are already available.

Modernization of the model is light, affecting a small part of the elements of the exterior. At the front, we see new lights and bumper, as well as a radiator grille in the style of the F Sport versions. The rear also relies on newly designed lights and slightly changed bumper and exhaust pipes.

“As the IS design proved to be genuine and liked by customers, we decided not to make major changes,” the Japanese company said.

The interior also boasts minimal changes, mostly affecting the center console design. Included in the equipment are additional upholstery and materials as well as electronic assistants. However, their details will become clearer at the premiere of the model.

There is also no information on the range of engines, but a number of publications say there will be no change. This means the upgraded IS will be available with a choice of three gasoline engines – 2.0-liter gasoline with turbo and 245 hp, atmospheric V6 unit with a volume of 3.5 liters, and turbo version of the V6 engine. The hybrid combines gasoline and electric engines, generating a total power of 223 hp.