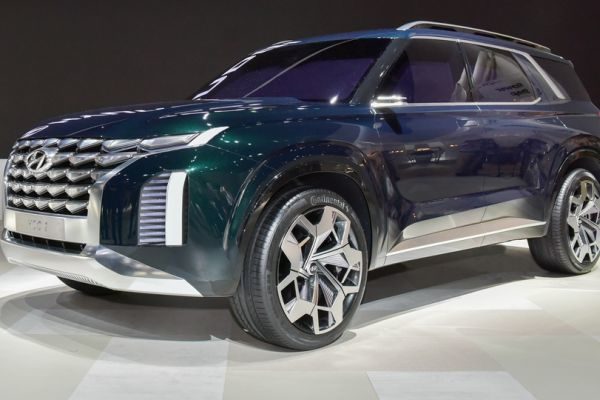 A new car will appear in Hyundai’s model range to three years. This will be a full SUV that will compete with the Toyota Land Cruiser 200. If the project goes in production, its main market will be Australia, the Middle East and eventually the US and Europe.

The new SUV will be larger than the Hyundai Palisade crossover and the Toyota Land Cruiser 200 (the length of the Japanese model is 4950 mm). It should be noted, Palisade is not yet officially presented, should debut by the end of this year. The design of this model will be based on the prototype HDC-2 Grandmaster (on the photos).

It’s not yet clear whether Hyundai’s big SUV will be on the shoulder or will be built on the Palisade platform. It is assumed that the latter will have a transverse alignment of the engine and a main propulsion to the front axle. In the line of full-size SUV engines, the Hyundai can be fitted with a 3.3-liter gasoline V6 and 5-liter V8, known from other South Korean models. In addition, the flagship can get a new turbo diesel engine for which there is still no detail.

As for Hyundai Palisade, the market for this SUV will be the United States, but it can not be ruled out in Europe. Meanwhile, Kia is also preparing the premiere of a new SUV – the serial entry of the Telluride prototype. This model will most likely be built on the same chassis as Hyundai Palisade.