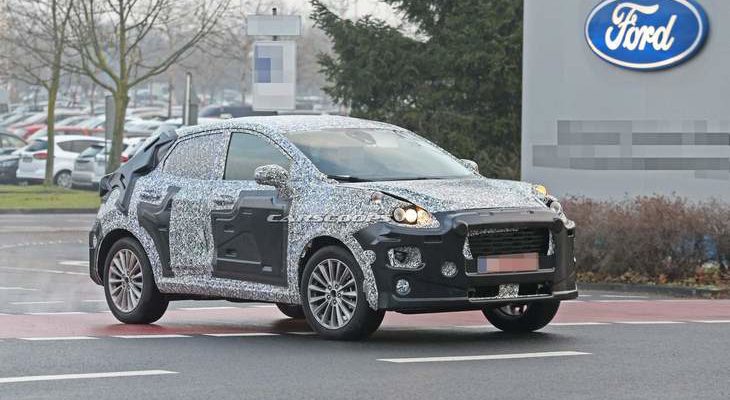 Photos of camouflaged Ford crossover prototype have been published recently in a number of European editions. The prototype was shot during tests in Germany, which gave rise to a number of speculations.

At the end, the car is shown – a compact crossover based on the Ford Fiesta, which will replace the EcoSport model in the European market segment. It will be named Puma, which Ford has kept in Australia and New Zealand. In Europe, the company sold a small coupe with the same name in the period 1997-2002.

The premiere of the small crossover will take place in September at the Frankfurt Motor Show and the production of the model will start in 2020. It will take place at the factory in Craiova (Romania), where EcoSport is now being assembled.

The future Ford Puma will take a place in the segment of compact crossovers and then the company will launch a larger SUV that will compete with the Jeep Renegade. As a whole, the brand focuses on the production of crossovers and SUVs, with the minivans completely abandoning it.