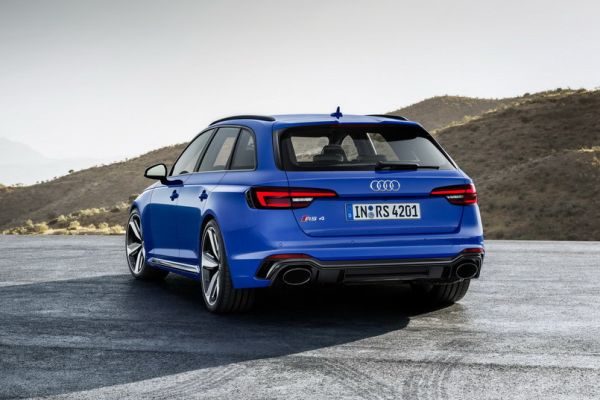 The German manufacturer Audi announced that it is starting to accept orders for the new generation (B9) of the RS4 Avant. The fancy wagon, as they called the car, is estimated at a minimum of € 79,800.

The machine was officially displayed in nearly two months at the Frankfurt Motor Show. Combi is equipped with a new 2.9-liter V6 TFSI biturbo, which is also fitted on Porsche models. The power of the engine is 450 hp. and 600 Nm., which works in combination with the quattro four-wheel drive system and an 8-speed automatic transmission with two clutches.

The car accelerates from 0 to 100 km/h in 4.1 seconds, which is 0.6 seconds faster than the previous generation of the model. As an option, the RS Dynamics package is available in which the electronic mass limitation is moved from 250 to 280 km/h.

The appearance of the new Audi RS4 Avant looks really impressive, especially with the optional 20-inch wheels. In the saloon of sports clubs, a steering wheel with a cut-out bottom and a G-force indicator on the main display.