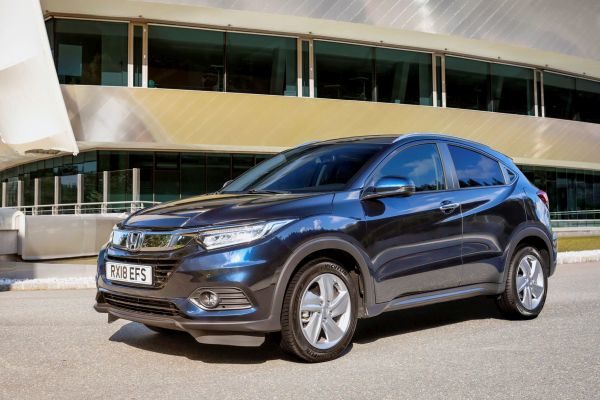 After the Japanese and American, the facelift has also undergone the European version of the compact crossover Honda HR-V. The most important news for her is that it gets a 1.5-liter gasoline turbo engine. The second generation of the model is built on the Honda Jazz hatch platform and is produced from 2015.

The most noticeable difference in the car after the facelift is the wide chrome front strip that visually connects the headlights. In addition, the model received a new front bumper with air intakes of another shape and chrome-plated headlights as well as a variety of daytime running lights. At the rear, the darkened rear lights and the chrome element on the fifth door are visible. In addition, higher fittings will be available with LED lights.

The Japanese company did not show pictures from the facelift, but it is known that the front seats are new and have a more developed side support, and the fabric used for upholstery is of better quality. The more expensive equipment levels have a combination of leather and fabric. In addition, some of the cars will be equipped with an active silencing system. It monitors the sounds with two microphones and then overlaps them with antiphase audio signals through the speakers.

There are also novelties in the technical part, the most important being the introduction of the 1.5-liter turbo engine VTEC. A similar engine is mounted on other Honda models – Civic, Accord and CR-V. Depending on the version, it develops from 174 to 205 horsepower, but the exact characteristics of this engine in the HR-V are not yet known.

Sales of the renewed crossover in Europe will begin in October this year, but at the beginning the car will be available with existing engines: a 1.5-liter petrol engine with 130 horsepower and 1.6-diesel engine developing 120 horses. The gasoline is combined with a mechanical or automatic transmission and the diesel engine is only mechanical. The crossover with the new gasoline turbo engine will be available in the market next spring.